Cubans are a fiercely independent people. They showed that when they kicked out the Spanish colonizers in the 1890’s and then their US Mafia successors, after many attempts, in the 1959 revolution of Fidel, Raul, Camilo and Che.

I met that same proud independence in interviews I carried out among ordinary people across the breadth of the (Socialist) Republic of Cuba, just recently.

Often, however, I was asked in turn about my own country, Australia. “What kind of government do you have in Australia?”

“In my country we are governed by a ‘Constitutional Monarchy’. The Queen of England is our Head of State.”

Everyone who got this answer looked stunned and confused. “You mean you are ruled by the Queen from another country?”

“It’s really more of a symbolic thing,” and I would show a coin with the Queen’s head on it.

“Does this Queen have any power?” So I had to be honest, “Well, once, back in 1975, her appointed representative, the Governor-General, sacked the elected government and appointed a new Prime Minister.”

“Have the laws changed since then?”

“Then why don’t you have a revolution?”

This last response only happened once, but it did reflect the general disbelief from most Cubans I spoke to about our constitution, and this niggled me.

At the ‘International Friendship Camp’ where I was staying, most delegates proudly hoisted the flags of their respective nations: Brazil, Chile, Japan, Vietnam, Ghana, South Africa etc Yet the thought that my national flag still held a remnant of British imperialism in the top left corner played heavily on my mind.

In the face and presence of Cuba’s heroic self-reliance I had to be frank and admit that I was embarrassed. Maybe Australians are deeply insecure… maybe we are actually afraid of true ‘independence’ and ‘freedom’? Maybe we will never ‘grasp the nettle’ as the Cubans have done, and ‘go it alone? Maybe I am more proud of Vegemite than my own national flag? 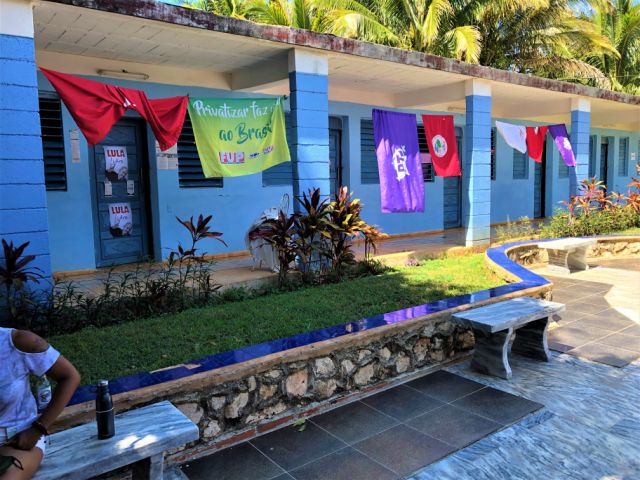