One of the icons of present-day Cuba is its ‘classic cars’, those huge, wide, colourful Yank sedans and convertibles of the 1950’s, parked prominently outside the ‘Hotel Inglaterra’ or gliding gracefully along the Malecon honking freely as passengers on board smile gleefully and wave to all and sundry.

Of course the story of the ‘Big Cadillacs’ and ‘Cheeky Chevrolets’ is now legend. They were inherited by Cubans after the Revolution in 1959 and became isolated when the vengeful US embargo on Cuban trade made further imports of cars and parts legally impossible. Since then they have been bought and sold and passed down from family to family inside Cuba.

They are living proof of an expensive luxury once available to rich tourists, capitalists, big landowners, pimps and American Mafiosi who came to play ‘high rollers’ in their Cuban playground. Now, worked and reworked, made-over, repainted and re-imagined, these million+kilometre transports are available to all, most of them acting as transport for hire and sources of fun and sharing for the proletariat.

Today, on any road or byway in modern Cuba you can see just about every mode of transport contrived by humanity. Aside from the classic cars you can see old buses and modern Chinese ‘Yatong’ coaches, yellow ‘beetle-bug’ cabs, horse and carriage ‘klip-klops’, pedicabs, pedestrians, ubiquitous ‘Ladas’, bicycles, caballeros y caballeras (horseriders), East European motorcycles and oxen carts, they’re all there.

Critics point to this wide variety as proof of Cuba’s poverty—‘Third World’, they say. Far from it—transport is one of Cuba’s ‘beautiful contradictions’. It is evidence of a tremendous creative application of ‘Use Value’ carried out to its fullest extent. In Cuba nothing is ‘thrown away’ as useless or ‘out of fashion’. Now tourists come to ride the full range of ‘out of fashion’ vehicles still available to the world.

‘Resilience’ and ‘Revolution’ are words frequently overdone in modern western societies, misapplied and losing their true meaning, but in Cuba you can see how both these terms possess a very real pertinence.

An unsung hero of the ongoing Cuban Revolution is the humble ‘Lada’. While American ‘classic cars’ are the romantic image of modern Cuban tourism—Che’s car of choice was apparently a mint green Chev ‘Bel Air’—the overwhelming majority of vehicles on Cuban streets are Russian ‘Ladas’, an emblem of the socialist state’s roller-coaster history.

Post-revolutionary Cuba was victim to a US embargo which not only cut off car imports, but also the export of the island’s two main crops: sugar and tobacco. As a gesture of mutual aid, the Soviet Union integrated the Cuban economy into COMECON, so that agricultural crops could be exported to eastern Europe and industrial goods supplied to the new socialist outpost in the Caribbean, giving time for its economy to diversify and become more self-reliant.

So in the 1970’s and 80’s a new wave of vehicles surged into Cuba: Volgas, Skodas and Polski-Fiat 126 P’s all appeared, but were swamped by the simpler, more economical, more versatile Ladas, which became Ambulances, Police Cars, Taxis and cars of status for exemplary workers. A Lada factory was set up on Cuban soil, and a ‘Lada Limousine Taxi’ was even created by welding two halves of the smaller version into one.

The collapse of the Soviet Union and COMECON left Cuba bereft of political allies, fair trade, economic investment, fuel and…cars. The ‘Special Period’ of the ‘90’s saw anything that could move from ‘A’ to ‘B’ dragooned into public transport, no matter how basic they were. Horses, buggies and bicycles were all in use as fuel dried up.

Recovery came, and old steel was scrounged, smelted and moulded into spare parts. Cuban mechanics became ‘artists of the engine’—many a ‘classic V8’ running around Havana today is powered by nothing less than a Lada diesel.

Today Cuba is well placed for the forthcoming era of electric vehicles (EV’s). They are being assisted by generous Chinese contracts, especially with ‘Yatong’ buses and tourist coaches, but Cuba has always been desperate to reduce its dependence on fossil fuels, so they have embraced EV’s with a passion. I caught several Chinese ‘Geely’ taxis in Havana and they hushed their way about in safe, smooth, relaxing comfort.

More widely though, the future appears to be in motor-bike brands none of us have ever heard: ‘Wuxi Cucci’, ‘Mishozuki’ and Guowei Motors’ ‘Eagle King’. They are becoming more available and more affordable for Cuban workers as each day goes by. In ever increasing numbers they swish about city streets like breezes from the sea itself, though those cranky little ‘Ladas’ will always be at the heart of my Cuban memory. 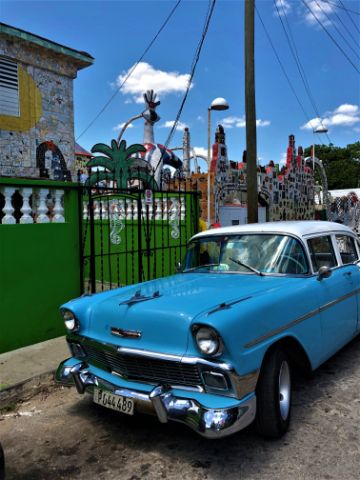 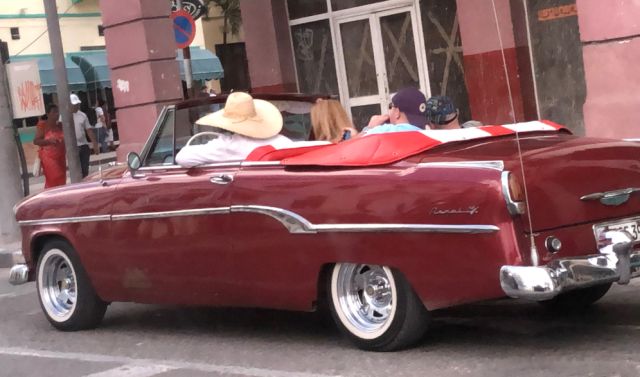 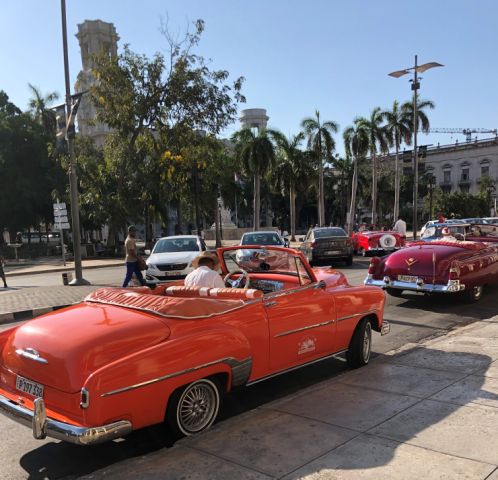 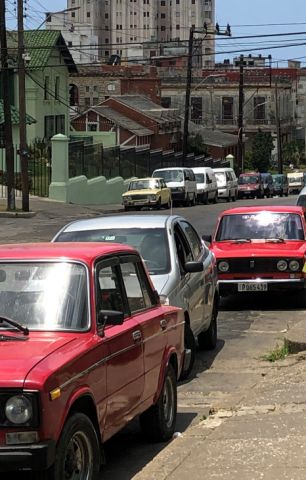 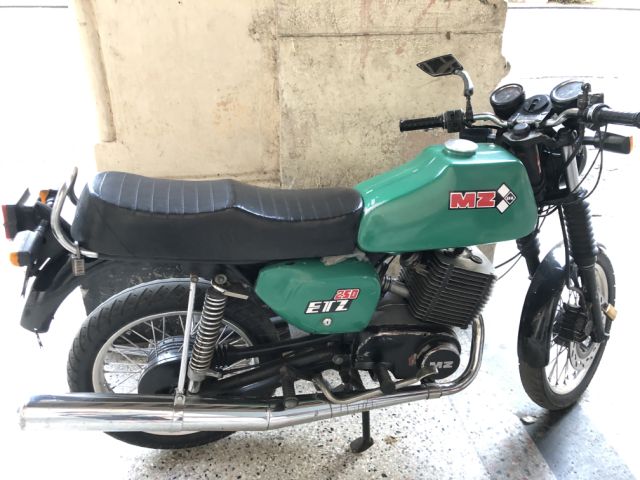