End the U.S. economic and financial war against Cuba!

The U.S. blockade of Cuba is the largest, most comprehensive economic and financial war against any country in the world. It impacts every single sector of Cuban life, from education to public health to agriculture, to trade.

Building on six decades of economic strangulation, the Trump administration added some of the most draconian political and economic measures yet taken against Cuba.

These have amplified the impact on the Cuban people of the deepening world capitalist crisis plus the COVID-19 pandemic. Shortages of fuel, medicines, imported food and personal hygiene products are taking a toll on the daily lives of Cuban working people.

These measures have yet to be reversed under the Biden administration.

The U.N. General Assembly has passed a resolution every year since 1992 overwhelmingly condemning the U.S. embargo. But the blockade remains in place.

It is the determination of the Cuban people to defend the gains they have made that has defeated all efforts by Washington to overthrow their revolution.

The ACFS is organising here in Australia to get out the truth about Cuba’s revolution and build actions demanding that the U.S. rulers end their economic war against the Cuban people. We are counting on you and your solidarity. Join us! 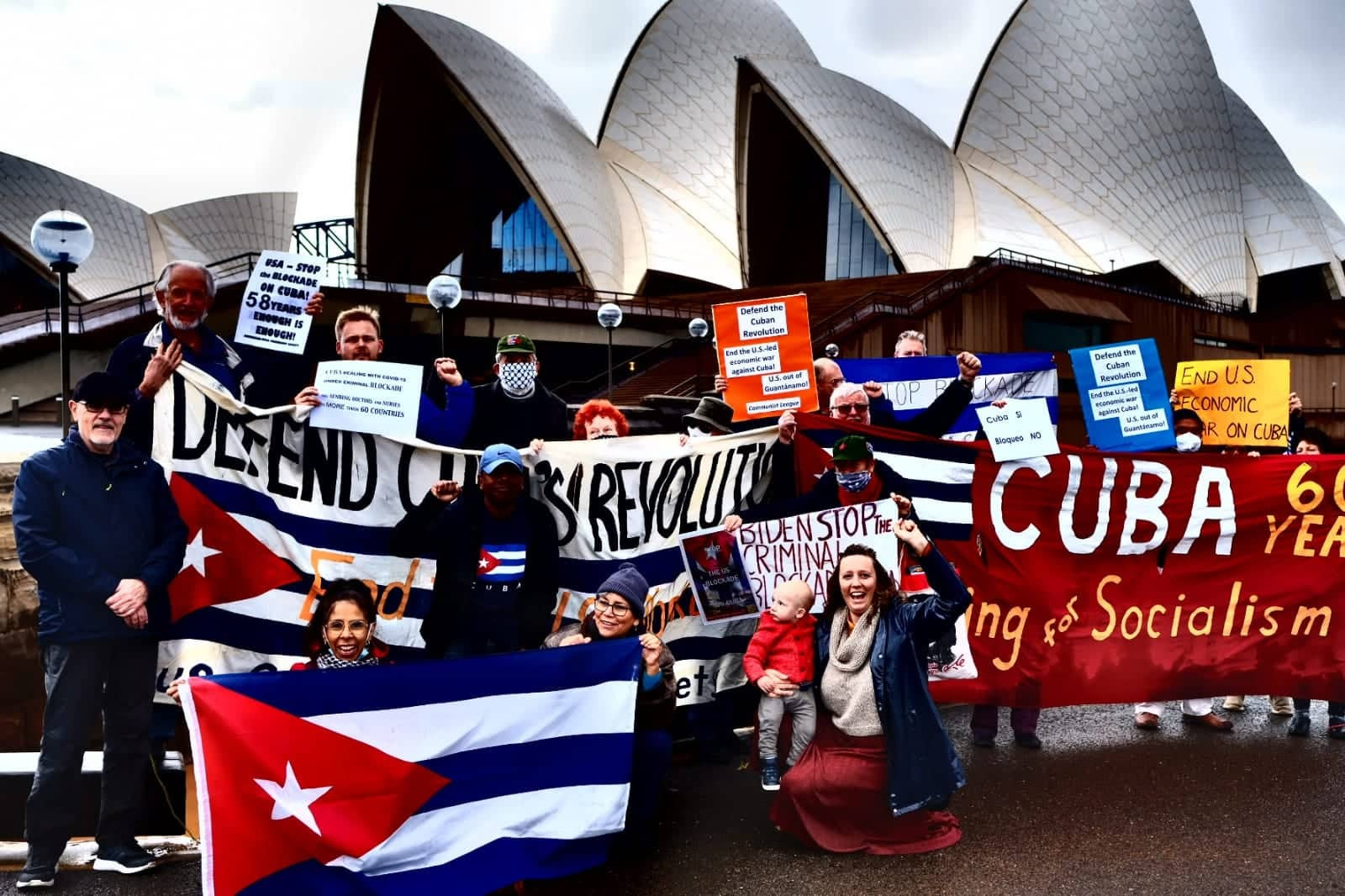